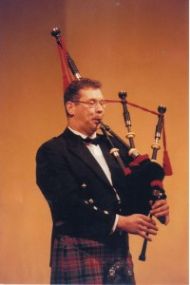 I began Piping when I was at Primary School in the Highlands.  For the next 10 years my tutor was Pipe major Niall Matheson. 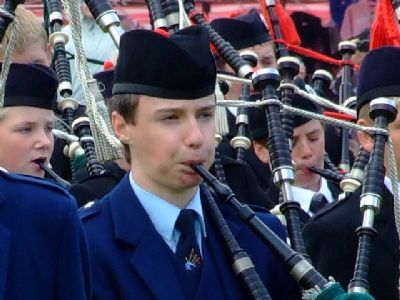 5 I was made Pipe Major of the Band and remained in this position until September 2009 when I began my HND at Benbedula College.

TheBand competed in many Championship Events becoming North of Scotland Champions and competing at the Worlds.  We quickly became in Pipe Band of choice playing at many Highland Games throughout the Highlands and Piping for the departure of many Cruise Ships which visited the area. 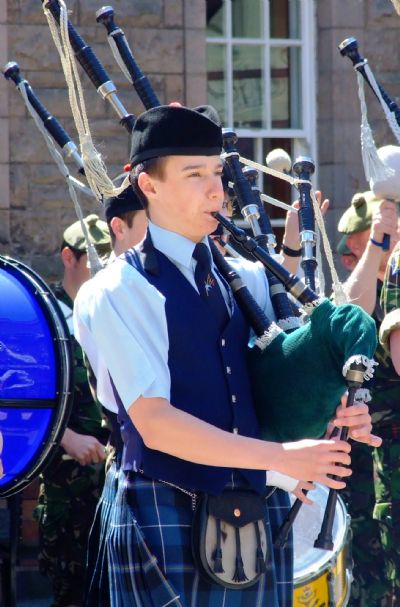 g away to study for my HND and subsequent degree I was also a member of the Highland Youth Pipe Band pictured here piping in a Massed Band for Armed Forces Day in Wick in Caithness.

When I went to the Outer Hebrides to study for my HND on Benbecula I joined the Uist Pipe Band for the Year that I spent there.  The Band played at many events throughout the Islands.

Since moving to Glasgow in 2009 to start my B.A. (Hons) in Applied Music at Strathclyde University I have joined the Torphichen and Bathgate Pipe Band who are based in West Lothian and compete in Grade 1.

We are one of the oldest civilian pipe bands still in operation today. Established in 1902 we attract our players from all over Scotland and beyond and the band is led by Pipe Major Stuart Shedden. Here we are pictured competing in the 2011 World Championships.

Since moving to Glasgow to study I am fortunate to have as my tutor Roddy MacLeod MBE who is the Principal of the National Piping Centre in Glasgow, Scotland and is considered 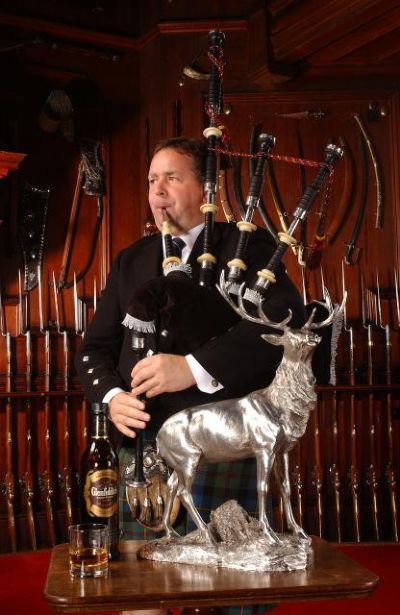 to be one of the most accomplished pipers of his generation and a highly regarded teacher, recitalist and adjudicator.  Roddy was Pipe Major of the Scottish Power Pipe Band and. in 2008, Roddy was involved in the formation of the Spirit of Scotland Pipe Band which brought together a group of elite solo pipers and drummers for one week. The band with Roddy as its Pipe Major played in Grade 1 at the World Pipe Band Championship and qualified for the final.

As a soloist, Roddy won his first Gold Medal at the Northern Meeting in 1986, then the Argyllshire Gathering Gold Medal in 1988. Alongside innumerable successes as a light music competitor, Roddy flourishes as a player and interpreter of piobaireachd.