I regularly play with two groups I have started, a Trad Trio called Muran and a Scots/Irish Trad/Ceilidh Band Called Neusa with whom I also play Small Pipes.   When I am in the Highlands I play with Hoodja and also run some of the sessions at Hootananny's in Inverness.

At the start of my secondary education I attended the Annual Feis Rois Week in Ullapool and I had to pick a third instrument to study.  Fortuitously I chose the Acoustic Guitar, which has now become my second instrument of choice.

My tutor on this instrument, until I started Higher Education, was Mike Simpson, an accomplished guitarist, mandolin player and banjo player. Mike is also a Highland Council Music Tutor.

I also had Guitar Masterclasses by Mark Clement, Jenn Butterworth and Anna Massie. 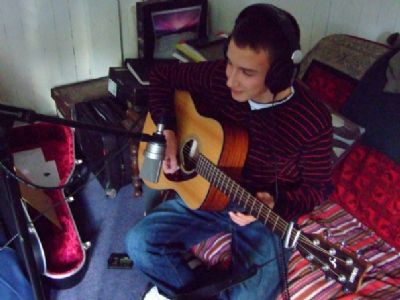 My playing the guitar proved useful when The Ross and Cromarty Pipes & Drums School's CD, "Homecoming" was being recorded.

The Bagpipes and Drums were initially recorded at Ardtalla and the backing tracks were recorded at Charlie McKerron's studio.  Charlie also produced the CD for the Band. 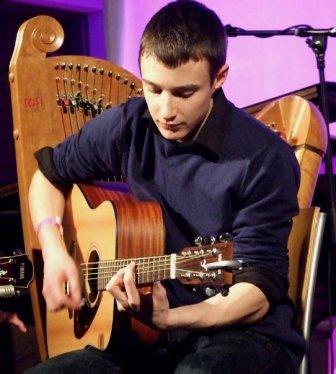 When I moved to the Outer Hebrides to Benbecula College to study for my H.N.D. I was involved in "Benbecula Night" at Celtic Connections 2010,  The night celebrated 10 years of the course at Benbecula Coll

ege and it was held at Saint Andrew's in the Square, Glasgow.

Three of my colleague

by BBC Alba and  celebrate the continuing development and talent of young people playing traditional music in Scotland.

his quartette also travelled to Lewis, another of the Outer Isles to play at  Ceilidh mòr Clann ann an Eis, a "Children in Need" ceilidh live from the studios of Radio nan Gàidheal in Stornoway.

At the University of Strathclyde I am a member of the Celtic Music Ensemble. We play and perform, at venues throughout Glasgow, a mix of traditional and modern arrangements of Celtic music. In 2010 we played on the Danny Kyle Stage at Celtic Connections. 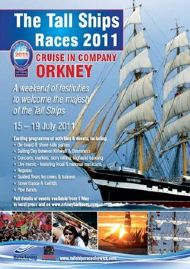 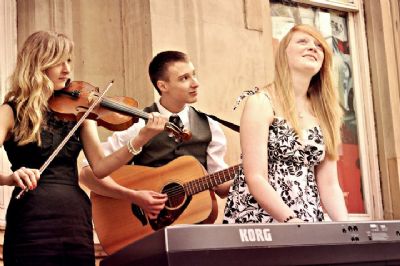 d, Mairi Gilfedder on fiddle and myself, all members of the Celtic Ensemble, formed "Rian" to play on the Tall Ships when they visited Orkney in 2011.  We entertained on three ships as they sailed the seas around Orkney.

Again in the Summer of 2011 I was invited to play in the Galway Sessions in Ireland.  After playing Bagpipes in the main street of Galway for our Highland Dancers we then sessioned in all of the pubs, bars and hotels that were taking part in the Sessions!  I continue to play at the Galway Sessions.

Since moving to Glasgow I am fortunate to have Anna Massie as my guitar tutor. As well as being a member of Blazin’ Fiddles and The Unusual Suspects and working in a duo with the fantastic Mairearad Green, the past few years have seen Anna perform with her own band, Kate Rusby, Karen Matheson, Capercaillie and Eddi Reader.

Glasgow is a City that is renowned for its live music, particularly Traditional Music so, as well as playing with the Celtic Ensemble, I session on guitar in Glasgow during University Terms. So if you see me at The Ben, Oran Mor or Waxy O'Connors then say hello.

Andy McKee is one of the world's finest acoustic soloists. He received over 20 million views collectively for his Youtube videos,  I was lucky enough to see him at one of his gigs in Glasgow and to meet him afterwards. Below is my cover of Andy's famous tune "Drifting".

CLICK HERE TO GO TO FIDDLE AND FEIS ROIS