Fèis Rois launched its first Ceòlraidh event in 2005, in response to a sponsorship opportunity offered by the Faculty of Advocates. The success of this event led to another spectacular performance in 2006, which featured Donald Shaw of Capercaillie leading all of the Ceòlraidh participants in a grand finale.

dh featured within the Blas programme for the very first time. This was an outstanding opportunity for the young apprentices and their musical heroes to reach a wider audience, and acted as a flagship for the continued health of the great tradition of handing down musical skills from generation to generation.
Young musicians and singers were invited to apply to collaborate alongside inspirational professional musicians and then take to the stage in a fabulous one – off concert in Strathpeffer Pavillion on Friday 12th September as part of the 2008 Blas Festival.

On embarking on the Ceòlraidh project, there are no preconceived ideas about which professional musicians will be involved – ultimately, it is the participants who suggest who they will perform with. This is what keeps Ceòlraidh fresh and exciting. The 2008 Ceòlraidh offered a fascinating insight into the relationship between teacher and student, whilst engaging audiences with a programme of memorable performances.

As a participant in the 2008 Ceòlraidh I chose World Champion Piper, Robert Watt as my professional musician to work with.  I know this section of the website is supposed to be about Fiddle but I have included this here as Ceòlraidh was organised Fèis Rois.

Robert is from Maghera in Northern Ireland.  He began to play his first instrument, the Great Highland Bagpipe at the age of seven in his local pipe band, Tamlaght O'Crilly.

He was involved in competing and public performance from the beginning as the band progressed through the competition grades winning most of the prizes available on the way including several Ulster and All-Ireland titles and the World Championships. In 1998 he joined the world famous Field Marshall Montgomery Pipe Band and spent three years there performing and competing at the highest level at the top of grade one.

It was around this time that Robert took a keen interest in solo performing and competition and he is now regarded as one of the world's leading solo pipers.  His solo achievements include the Macallan (renamed MacCrimmon) Trophy Solo Piping Championships at the Lorient Festival in Brittany which he was awarded again for the fourth time in 2006. This is a major event in the piping calendar and this coveted trophy is competed for each year by some of the world's top solo piper from several countries including Scotland, Australia and New Zealand, The USA and Canada, Brittany and Ireland. It is quite a unique event in that it requires each competitor to play a selection of Irish, Scottish and Breton music to a panel of judges from each of these countries with the overall winner being the piper who is awarded the most points in all three events. 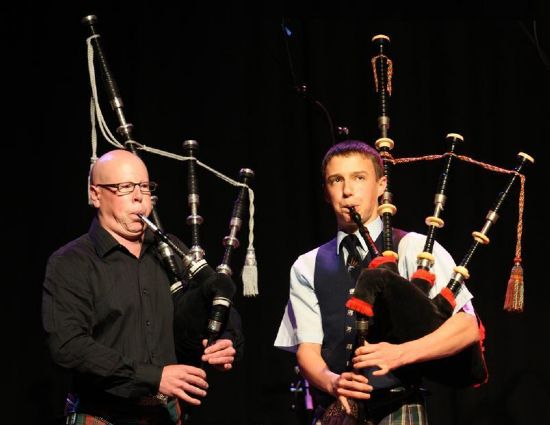 One of Robert's most significant awards is the Silver Medal for Piobaireachd at the 2000 Northern Meeting in Inverness. He has also recorded numerous Piobaireachd and light music prizes around the highland games circuit in Scotland and the USA. Some other prizes include the G S MacLennon invitational in San Diego, California, the Highland Society of London Piobaireachd competition and the Strachan Memorial light music competition in London, the Donald MacDonald Quaich on the Isle of Skye and he was awarded 'Piper of the Day' at the Stone Mountain Highland Games in Atlanta, Georgia after winning all of the piping events.

Ceòlraidh 2008 was made possible through an exciting partnership between Fèis Rois and Blas, and with generous funding from theFaculty of Advocates and Fèisean nan Gaidheal.  In 2008 Ceòlraidh was staged at the Spa Pavilion, Strathpeffer. 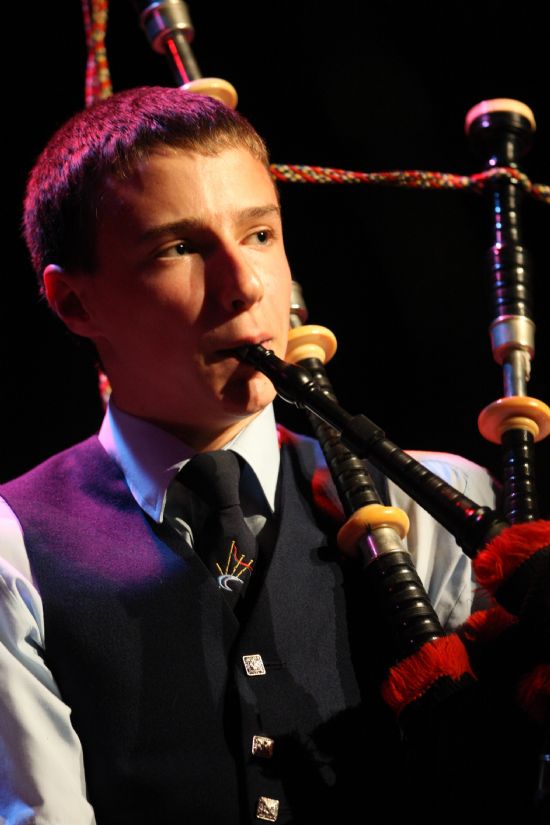